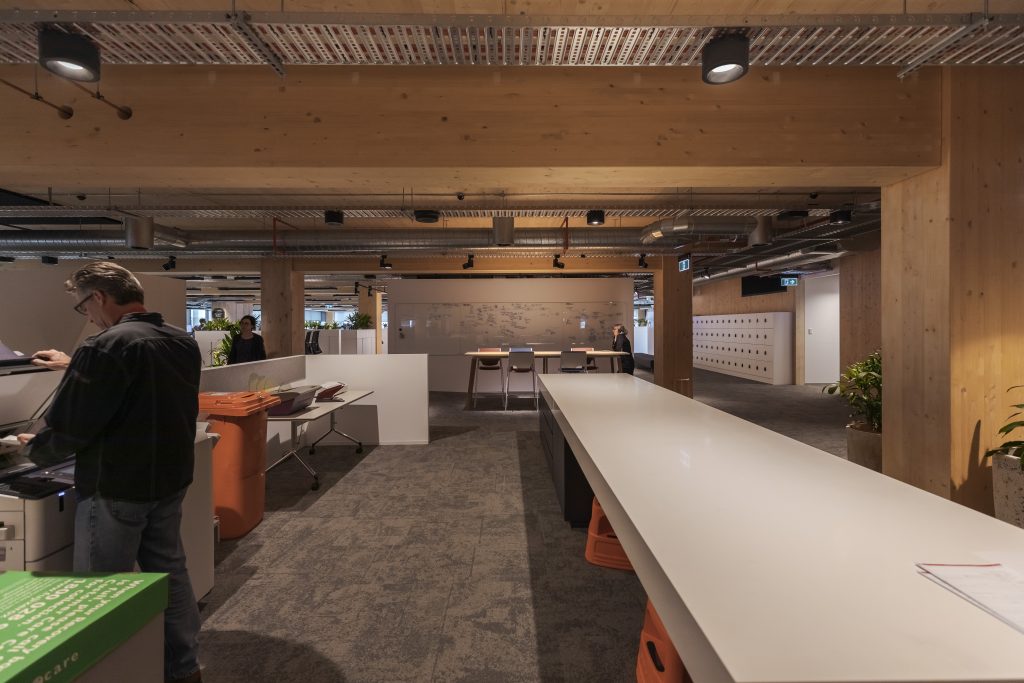 Australia’s tallest and largest by GFA engineered-timber office building, 25 King, has welcomed Aurecon’s 725 Brisbane-based staff members after the official opening on November 21st. Designer Allboards are proud to be part of the internal design of this ground-breaking structure; it supplied a large order of mobile whiteboards and magnetic glassboards, providing stylish communications solutions on par with this incredible building’s sleek and modern look.

25 King, which was developed by Lendlease and is now owned by ethical investor, Impact Investment Group, is the result of a collaboration between global engineering and advisory company, Aurecon, who provided the structural engineering design with DesignMake, all engineering services including sustainability, architects Bates Smart and interior architects Woods Bagot. The vision of Lendlease and Aurecon, who are also the anchor tenants, was to not only create a sustainable environment, but a healthy one. Aiming for WELL Silver Certified Interiors, 6 Star Design and As Built V1.1 Green Star Rating, WELL Platinum Core & Shell Rating and 5-star NABERS Energy Base Building, , 25 King brings worker comfort to the forefront. Happy staff makes for a productive environment, after all.

One of the ways in which the 25 King interior serves its workers is through the creation of comfortable, properly lit, well-ventilated open spaces with numerous booths and meeting areas. This is an ideal environment for communications boards, where creativity and the freedom to share ideas are ‘King’. Collaboration and innovation … and Designer Allboards whiteboards and glassboards. The perfect match!

25 King’s entire structure is primarily composed of Glulam and CLT, laminated timbers which lock in carbon (saving nearly 75% in carbon emissions) and have a significantly lower carbon footprint than the most modern and innovative concrete and steel infrastructures. 25 King’s interior, too, incorporates exposed timber, the effect of which is far removed from any Nordic sauna. Naturally, all wood used is sustainable. With plentiful glass for optimal natural light, and lightweight aluminium, 25 King arrived on the construction site almost as a flat-pack construction, with all pieces prefabricated in Sydney.

By aiming for the stars in sustainable certification, it’s not surprising that every inch of 25 King has been designed to reduce energy consumption. This trend continues after construction was completed late last year with the harvesting of rainwater, the use of extensive greenery, sun shading, photovoltaics and energy efficient lighting. By creating large, open spaces, fewer materials were used for this nine storey giant than for much smaller, traditional offices.

The open office environment encourages collaboration, communication and creativity, but is often ignored due to earlier design faults. 25 King proves that the learning curve about modern commercial interiors is reaching its peak – if it has not already done so. The soft, sound- absorbing properties of wood, in combination with exposed services, soft furnishings, large areas of greenery and additional acoustics solutions in the open plan office at 25 King proves that large, community spaces work perfectly. As do the workers within them.

Designer Allboards cannot hide its sense of pride regarding its role in 25 King’s interior design. It was chosen to provide numerous mobile whiteboards and glassboards for each and every stunning, functional and ground-breaking office floor. Such wide areas of floor space lend themselves to an extremely flexible working environment. Any area might be used as a meeting room one hour, before being transformed into a completely different character the next. This is where Designer Allboards mobile boards show their true potential. Sturdy and lightweight, multifunctional, sustainable, and built to last (just like 25 King), mobile magnetic whiteboards and glassboards make a huge contribution to today’s – and the future’s – communal working spaces.

25 King also showcases Designer Allboards wall-mounted and mobile glassboards which tie in perfectly with the ideals of this building. In the spacious, airy offices, glassboards are implemented to brainstorm, to communicate to an entire floor, or to simply create a functional means to highlight the sleek look of timber and glass that surrounds them. The multifunctional characteristics of Designer Allboards glassboards, incorporating magnetic and projection surfaces, once again reflect the multiple uses of an impeccably designed open office space.

The Future Of Office Space

With the move towards digitalisation continuing a huge scale, the open office environment is on the rise, and with it, furnishings that increase the opportunity for more personalised communication. Businesses that rely solely on digital devices and their apps might fail to recognise the importance of face-to-face communication and the potential of stretches of human imagination. Which is why buildings such as 25 King ensure that on-site human collaboration remains a mainstay of the modern, forward-thinking business environment. 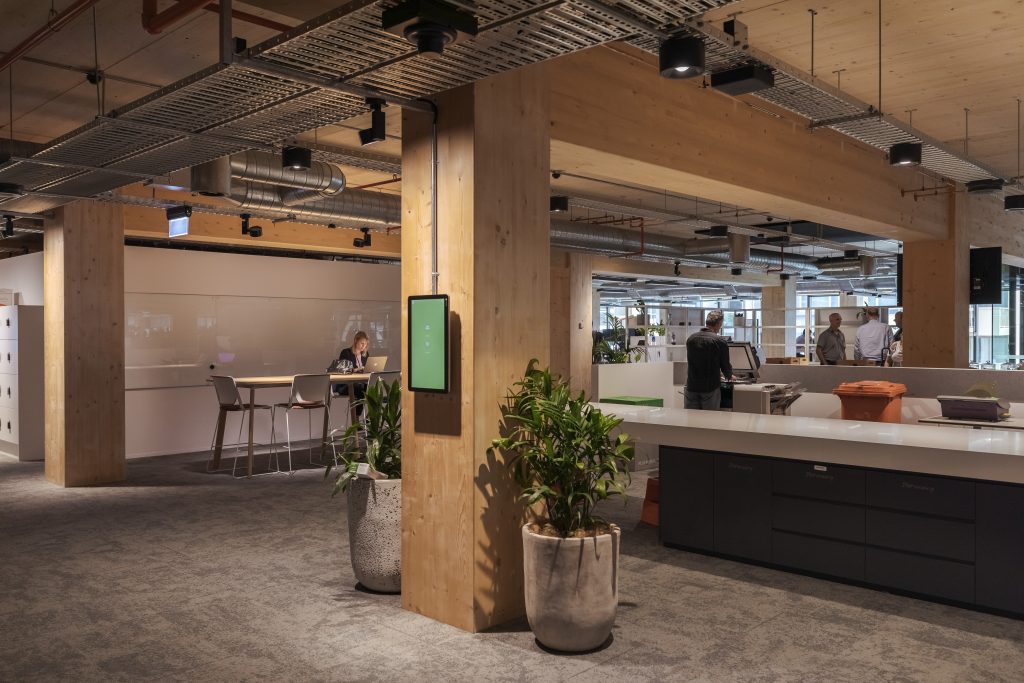 We are a proud Queensland company and can deliver all of our stock to anywhere in Australia. 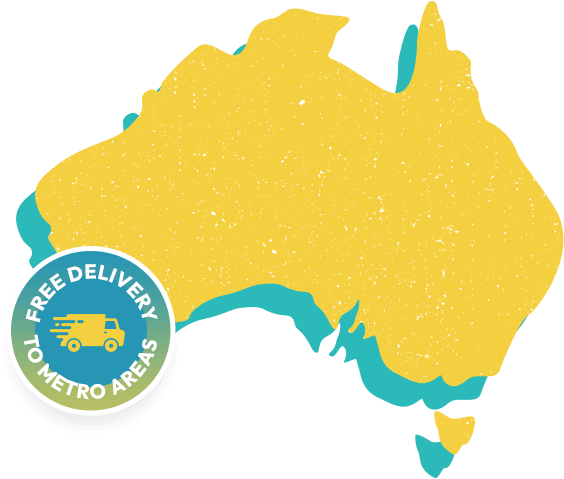 Have any questions? We’d love to hear from you.